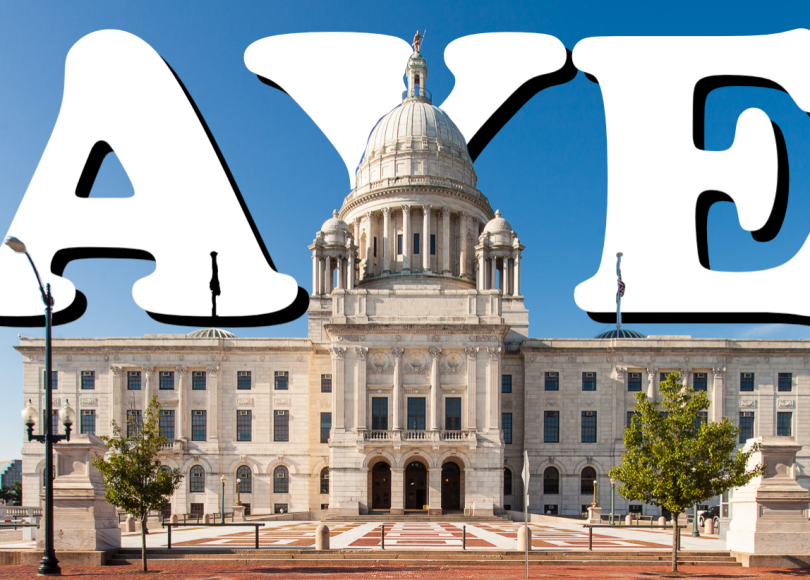 After a lengthy debate in the Rhode Island House, the Act on Climate was passed 53-22 on Tuesday evening. This follows a much easier passage of the Act on Climate earlier this month by the Senate which went 33-4 in favor (with one senator absent and thus not voting). According to its proponents, the Act on Climate is the most significant piece of legislation dealing with the environment ever passed; whereas to its conservative opponents it is a disastrous overreach by government and to its left-wing opponents it’s a compromised half measure that’s too little and too late.

So, the Act on Climate is a done deal right? That’s veto-proof majorities in both chambers, so it’s only a matter of time before Governor McKee signs it unless he’s spoiling for a fight with both the General Assembly and in the upcoming gubernatorial primaries?

Well, not so fast. While both chambers have passed an Act on Climate with the exact same wording (S0078A in the Senate, H5445A in the House; the “A” means it was amended once), a single piece of Act on Climate legislation has not been passed through both chambers.

If you remember your Schoolhouse Rock, a bill becomes law by going through committee, being passed by one chamber, submitted to the other chamber where it then goes through that chamber’s relevant committee and then being passed by that chamber and then transmitted to the executive to sign (they also veto the legislation). And this, legally, is the way bills become law in Rhode Island, too. In fact, the General Assembly website explains this quite clearly.

By General Assembly norm, however, this is not how things are done. And this is where the Act on Climate is. In the Rhode Island General Assembly, legislation generally requires duplicative/redundant/companion legislation (call it what you want, it just means the same bill). This means two pieces of legislation, with the exact same contents, must both travel the legislative process. Legally, only one of them needs to pass. However, in practice, legislation without a companion very rarely passes (this is part of what happened with the Stop Guilt by Association Act last year).

Both pieces of legislation will have to clear the other chamber’s committees and then face a floor vote once again (“passed in concurrence”), after which they should then be sent to the governor (but not always – sometimes chambers punish the other chamber by not submitting their counterpart’s version of the bill). This second vote can also be a useful tool to keep legislators in line when it comes to budget votes. Bills can be held to be passed in concurrence until after the budget is passed so recalcitrant members do not think of causing trouble with the budget vote, lest they see their beloved legislation die.

The other aspect of this duplicative legislation is that amendments can be a bit of a headache. Both Acts on Climate were amended in committee, likely after discussions between lobbyists, the House, and the Senate (I should make clear there’s nothing sinister about all this, this is legislating). However, if one chamber amends the other’s bill, the process has to start all over again and the other bill needs to be amended to match.

One near example of this happening is from 2012: H7859A (which had already passed in the House) and its companion S2569 (which had not made it out of committee yet) were both amended by the Senate Judiciary Committee on the same day, passed by the Senate and then sent to the House. The House passed the amended H7859B, but the S2569A never made it out of the House Judiciary Committee (I’m reasonably certain that’s because the day it made it to committee was the last day the House met in 2012). H7859B was signed into law.

So while these have been momentous days as Rhode Island moves towards beginning to play its part in addressing climate change, it’s also fair to say the Act on Climate is not over the finish line yet. There’s both a legal and normative set of actions that have to happen first before it can go to the Governor and either be signed or vetoed.