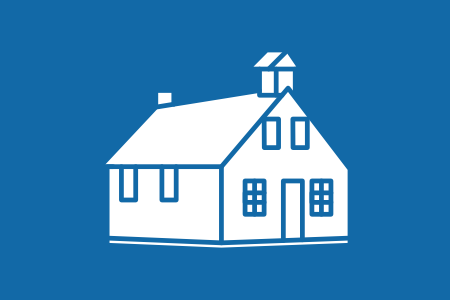 After a long hiatus, I return to my white whale, a project to document each Rhode Island city’s and town’s flag, and offer redesign proposals. This week, we head to Richmond.

The area that would become Richmond was, of course, inhabited long before its conquest by the English in 1675. But by the time the English arrived, the area was either controlled by the Narrangansetts or at the frontier of Narragansett-Eastern Niantic lands, depending on how you read the political situation at the time.

Regardless of who was actually in possession of the land, the three English colonies that were increasingly encroaching on the Native lands in the region each claimed the area that Richmond was to come from. Massachusetts raised a possibly fraudulent claim to the land in 1645, claiming all of Rhode Island. In 1658, it set about enforcing those and other claims in the area (despite the protests from Rhode Island). Connecticut was granted a charter in 1662 that extended their lands to the Narragansett Bay, and so they also claimed the area. In 1663, Rhode Island was granted a charter that placed the land under its control.

In the face of these royal charters, Massachusetts withdrew its claims, but the matter wasn’t settled until a 1665 royal commission arrived to set the borders. Officially, the area that is today Washington County was set aside as King’s Province, to be temporarily administered by Rhode Island. In 1669, Rhode Island organized the first town in the area, incorporating Westerly (present day Richmond was included). In 1675, the Narragansetts were defeated in the genocidal King Philip’s War, and Native claims to the area ceased to be a concern to the English. In 1686, the area was given a provisional government by the incoming Dominion of New England, which combined all the colonies of New England into a single one administered from Boston. However, in 1689, the King of England was overthrown, and the colonists seized the chance to dismantle the Dominion as well. In short order, Connecticut and Rhode Island re-raised their claims to the area. In 1703, the two colonies finally came to an agreement about where their borders should be, and they’ve remained there for over three hundred years since.

Shortly after, in 1709, Rhode Island sold land in the northeast corner of then-Westerly, called the Shannock Purchase. Twenty-seven purchasers ultimately bought most of what would become Richmond. In 1747, the area was incorporated into Richmond, apparently named after the late Attorney General Edward Richmond, who died in 1696. Richmond was the first of three Rhode Island towns to be named after an attorney general, and the only one of the three where the person was deceased (indeed, with Lincoln, I believe it’s one of only two RI towns out the many named for people where the namesake was deceased at the time of the naming).

Richmond was an agricultural community early on, and a fairly successful one at that. Its incorporation in 1747, from its initial English settlement in 1709 represents how quickly its population had grown. By 1790, it had about 1,700 residents, and that’s about where its population would remain for the next 170 years (give or take a few hundred residents).

Like a lot of western RI towns, Richmond was affected by two things: the Turnpike Boom, connecting eastern Connecticut towns with ports in RI; and the Industrial Revolution out of Pawtucket. Thus, Richmond’s population shifted from living on farms to working in textile mill villages. However, these villages are almost all shared with its neighboring towns of Charlestown and Hopkinton: of the nine villages in Richmond, only one, Wood River Junction, is entirely located within the town. This is largely because the mill villages are located on three rivers that act as the western, southern, and eastern borders of the town (again, rivers make nice borders on maps, but people have a tendency to settle on both sides of them).

Since the 1970s, Richmond has usually experienced prodigious population growth, between 1970 and 2000, the town grew by 30% to 50% each decade. Its growth has slowed rapidly, though, and over the last decade it seems likely to have only grown by less than 1%.

According to the very nice Richmonder (Richmondite?) who was the first to answer my flag survey, Richmond has the most golf courses per capita in RI. It’s also home to the Washington County Fair, and a few defunct festivals. Richmond contains two major green areas: the Carolina and Arcadia Management Areas. Like Providence, Richmond has seven hills (though I suspect Richmond has not levelled any of them as Providence has).

What Has Richmond Got Now?

Richmond has a coat of arms given to it by the Tercentenary Commission:

The Commission emblazons this as such:

Azure a colonial house argent. A silver house on a blue field. This house has been used so long on the seal of Richmond, that nobody now knows what house it originally represented.

That’s right, Richmond doesn’t even know what the house on Richmond’s arms and seal is supposed to mean (it appears to be a saltbox house in this rendering). However, there seems to be some disagreement about what the building that appears on the seal is.

However, Richmond’s website and a 2016 notice of a lack of quorum for the zoning board use this seal:

My assumption is that at some point, Richmond switched to this new seal, which now uses the Bell School as its symbol. In this way, Richmond has kept the form of its old seal, while updating it to have a bit more resonance to its present community.

This new seal is also used on Richmond’s SOB of a flag:

Obviously, that’s not a good flag. As the former president of the North American Vexillological Association puts it: placing your name on a flag means your symbolism has basically failed. Worse, the nature of the seal means there’s very little emphasis on the text proclaiming Richmond; “Washington County” and “Rhode Island” are nearly just as prominent, and the first thing the eye is likely to read in “1747”. Everything is also heavily dependent on thin blue lines; at a distance these are likely to be virtually unreadable.

Richmond can do better. But first…

For its arms, it seems like Richmond has made a decent change by deciding to abandon the anonymous house in favor of the Bell School, so I decided to honor that change with my not-very-good version of the Bell School from the seal. Similarly, I knew at the outset that there was no way WappenWiki would have anything approaching either building, so I’ve done some slight adaptation of the best building I could find in its catalog (and obviously, it looks nothing like either).

Richmond’s seal is rather interesting. I don’t think my digitization about quite did it justice; but it’s definitely something a little more modern, and dare I say, a wee bit hipster-ish? It uses a thin weighted sans serif, with either a very condensed version of the font on the bottom, or else one that’s been horizontally scaled. I didn’t really achieve that, but it does give it a really distinct look that separates it a bit from the typical seals you see.

Sadly, Richmond has decided to make their flag an SOB.

Look, by this point, you know my feelings on doing this. These are not good flags. These are, at best, political shortcuts to avoid a potentially messy problem. While the seal is somewhat nice on its own, on a flag, it’s dull and uninspired. Richmond can, and should, choose a different direction.

As always, let’s start with a flag based on the arms. Richmond doesn’t have great arms, and switching to the Bell School is good, but it’s not great. My personal view of things is that you want to have something timeless as your symbol, and if people can forget why they had a house on their arms, they can forget any specific building (or it can be knocked down). Symbols may shift their meaning, but at least they avoid a physical existence.

Designs 2a and 2b

The Bell School is often talked about as a symbol of the town though, and we can strip it down to just the bell, which can double as a symbol of liberty, or a call to assembly, or whatever you desire a bell to mean. This flag uses the bell, but also gives three sides of the flag a blue border, representing the three rivers that form the southern borders of the town.

Alternatively, we can look to other towns to draw symbolism. Westerly uses three red fish on white as its symbol, and we can simply take those three fish and use them in the color of the Richmond arms to create a classic-looking heraldic flag. The three fish could easily stand for the three rivers again.

We could, instead, go much more abstract. The three clusters of blue lines represent the rivers of Richmond, but the total number of the lines (nine) stands for the villages of the town. The thick central solid line stands for Wood River Junction, the sole village that is entirely contained within the town.

Going back to the bell, this design uses the bell (with all its associated meanings) contained within a white triangle to represent the hills of Richmond, while the nine stars represent the towns.

Finally, we can combine a lot of the above ideas into one that more openly pays homage to Westerly, by placing their red fish on a white field, and then sticking nine stars in a canton which has three sides using a blue border. A seven-pointed star in the top right of the flag refers to the geographic position of Richmond and the number of hills in the town.

I had hoped to get through this project before the end of the year, but between work and the election, that’s not really possible. I have ten more cities and towns to go, and I’m unsure how productive I can be on this project.

Anyhow, as always, these are always possibilities, and I invite your feedback! Also, please vote in the poll.