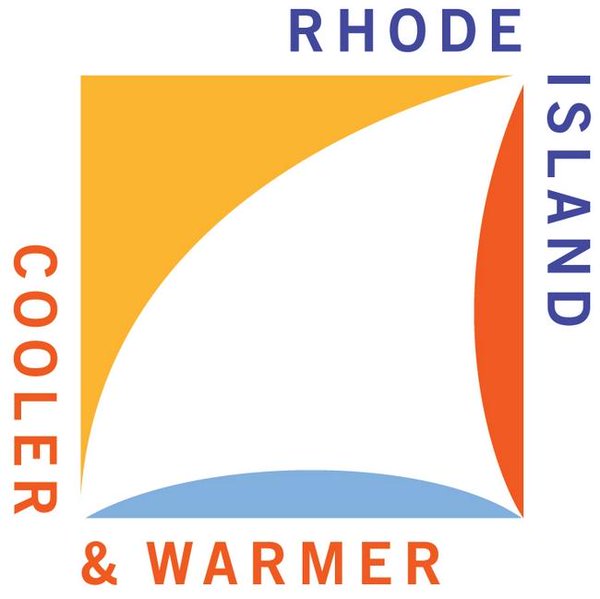 Rhode Island’s tourism campaign has had a rocky roll-out. The new logo has not been warmly received. Despite a kind review from Armin Vit, over half of voters on the logo review website Brand New have been cool to it, with an overwhelming majority feeling negatively about the tagline (“Cooler and Warmer”). The problems with the VisitRhodeIsland.com‘s release have been myriad. And also, the promotional video featured a couple shots of Iceland.

So far, the R.I. Commerce Corporation is standing by it. Which is good, because the least you can do after spending $550,000 on a brand new car is take it out for a spin. Rhode Islanders may be confused, angry, and snorting derisively while Iceland is gently bemused, but the proof of a design isn’t in the initial reception, but whether it’s a success after being implemented (unfortunately, as marketer Chris O’Leary points out, RI may not have metrics by which to measure success). That said, Havas, Epic Decade, and Milton Glaser didn’t just take the money and run; they did actual work, including testing the message. They then clearly sold the pitch to whomever at Commerce Corp.signed off on it. Your kid could not have done this work.

Which makes the touting of responses like this so bad.

That’s local designer Missy Hardesty’s design which she came up with in 10 minutes, WPRO tells us, almost with a hint of pride. Nothing with the intent of this campaign should take 10 minutes. This is just Rhode Island in blue, some nice squiggly waves, and a pun written in script. It’s a fine t-shirt, but it’s not a tourism campaign. This is not better. It just is.

We’re not alone in this sort of reaction to public graphic design, though. New Zealanders just rejected changing their national flag. They rejected it for a lot of reasons, but I think there’s a lot parallels in their response, which was often that their government was attempting to pull a fast one on them.

Designer Michael Bierut, who designed Hilary Clinton’s 2016 presidential campaign logo (also assailed upon release) has an essay worth reading from 2013, entitled “Graphic Design Criticism as a Spectator Sport” that gets to the heart of the matter when discussing the negative reaction to his team’s redesign of the Big Ten logo:

Clearly, part of the anger this change aroused was based on the idea that it was being imposed on them by remote, detached “experts” with no concern for the feelings of loyal fans, fans who have their own unique histories with their brands, histories that had abruptly been rendered null and void.

And this sense of alienation, more than anything else, is the fuel for the rising tide of logo crowdsmashing. Here New York‘s Paul Ford got it exactly right: “People don’t like their stories messed with. You expect a certain continuity, and when the opposite happens…you react out of proportion to external measures of the offense but very much in proportion to the internal anxiety and anger you might feel.”

… Nor do I argue that the final result shouldn’t be held up to scrutiny. We should be judged by what we make. But perhaps the question in these logo discussions could be more than: could I do better? Perhaps we could also ask: what was the purpose? What was the process? Whose ends were being served? How should we judge success?

This is really where you see the sort of nativist approach in the criticism right now, complaining about the lack of locals hired. The people of Rhode Island have a very intimate and personal connection with Rhode Island, just as New Zealanders have a personal connection with their nation. Change is as disruptive as someone’s parents selling their childhood home. And there’s an insistence that someone local could’ve done better. But there’s not really a deep reflection of “why did we get this in the first place?” in the criticism of the new campaign in most of the general press. It’s more in the vein of how stupid ol’ Rhode Island can’t do anything right. Har har.

The previous “Discover Beautiful Rhode Island” slogan just happened without discussion. Here’s the press release announcing the highway signs. Was it good? Nope. But we didn’t lose our collective minds about it (okay, maybe talk radio did). It happened, and that was that. Now though, all of Rhode Island has suddenly become an expert on what constitutes good design, Change.org petition and all.

I don’t love the campaign, I think it’s bad and isn’t likely to work. But on something like this, it’s worth taking a step back and wondering “am I really the target for this?” There are a lot of moving parts here, so it’s not exactly clear what connects with what. It may be someone will see this logo and think it looks friendly. Perhaps something will click in their heads, and they’ll go “Rhode Island, that could be fun.”

To all the people saying they could do better, I say do it. There is nothing stopping you from launching your own campaign, like Kentucky Kicks Ass. The gift shop Frog and Toad has been pumping out Rhode Island-themed products for years. There’s nothing stopping them (or anyone) from coming up with a slogan that could be put onto merchandise and sold. As much as I dislike Hardesty’s design as a campaign logo, it’ll be an okay t-shirt, and credit should go to her for doing it. Others certainly can. If you dislike this campaign, beat it. Make your own tourism video, your own tagline, your own logo if you like.

At the end of the day, civic symbols and design are always going to be contentious. They are inherently political. People are going to shout about things no matter what you do. Sometimes these will be complaints about the symbol itself. Sometimes these will be about larger problems that are only tangentially related. Even if this campaign was a stellar launch, with lots of polish at a low price, made by a band of plucky locals, I think Rhode Islanders still would’ve laid into it. We have been heavily conditioned to view our government as bad and incapable of doing anything right. As long as we fail to address that problem, nothing our government does will ever be good enough.

TANGENT: The last time I talked about civic design, I went after the dusting-off of the Providence P by the Elorza Administration. I also talked a bit about how terrible the City’s seal (and by extension, the flag) is. To follow-up on that, I actually think there’s a reasonable way to have both. Apparently, Portuguese municipalities use a logo separate from the municipal coat of arms and flag that changes when the mayorship changes political parties. So the P logo could continue as a representation of the mayor and the seal could continue to be the official municipal seal.