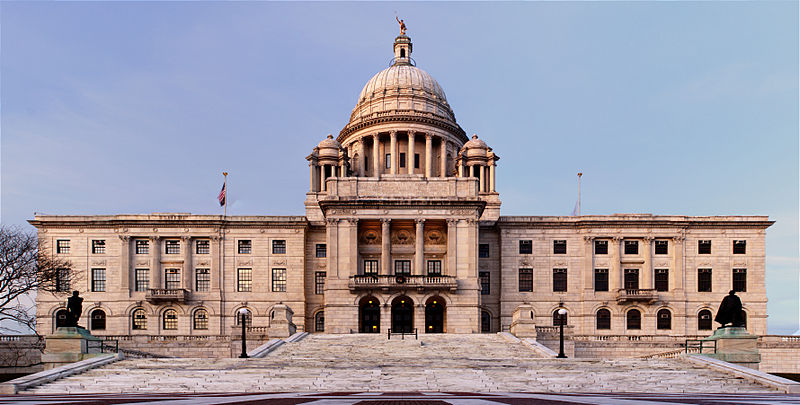 With the news finally out about what lead to Speaker Fox’s sudden resignation after the raid on his office, now might be the time to take measures to reduce public corruption.

Now, I’ve publicly taken the stance before that corruption in Rhode Island is not as excessive as some would portray it; but I also take the stance that working to mitigate corruption is not a bad or wasteful goal. Putting in stronger and more effective ways to deal with corruption is not effort towards no effect.

Common Cause RI is right to push for audits of campaign finance accounts and for ethics jurisdiction. But the overall goal should be for radical transparency. Public officials (or at least those in leadership) should have to make their schedules public (and easily accessible), and release who they met with and for how long. This would also eliminate the need for overly-complex lobbying laws that sometimes appear to violate the right of citizens to petition for redress. Failure to report their schedules should mean fines and censure for official.

Simply put, sunlight is the best disinfectant when it comes to government. The vast majority of legislators and other officials are trustworthy people who we should treat as doing their best to fulfill what they believe they were put in office to do. You and I might disagree with what they are doing, but opposing someone’s actions and treating them as an unworthy plague upon you are two separate things. That said, it’s clear that those in positions of leadership are offered too many temptations once they can retreat to important offices. It would be better to get them used to being transparent before they ascend to leadership rather than after.

But neither should we have unrealistic expectations of part-time legislators. It’s time we realized that we get what we pay for when it comes to the General Assembly. We need not only full-time legislators, but full-time staff as well; at least one staffer per legislator, if not more. This will reduce hastily and poorly-written bills, reduce the longevity lobbyist-written bills, and increase the number of decision-making eyeballs on bills that do pass. Furthermore, while this will create a General Assembly that is more professional than hobbyist, decent pay will increase the incentive for more amateurs to take a shot at running.

Our abbreviated Assembly, constantly short on time, needs to end. I’m talking year-round work, with breaks in the hottest summer and coldest winter and in the few months before elections. This should prevent the mad scramble for bills that currently exists, and increase the vetting of controversial bills. We might also switch to two-year budgeting, preventing last-minute budget horsetrading from impeding the General Assembly’s work on non-fiscal issues.

We also need to decide what our values around redistricting should be. Right now we have a process which is leadership-controlled. This leads to incentive to draw districts that favor pro-leadership candidates, and incentive to legislators to kiss the ring of leadership to prevent being unfairly redistricted. Thus, if the leadership is corrupt, the whole body is corrupt. If, above all else, we favor competitive districts, then we will have to come to grips that these might not necessarily be compact or racial representative districts. We must also understand that while competitive districts may make candidates more beholden to voters, they may also make them more beholden to large campaign donors.

We can either establish an independent redistricting commission, or else change to a voting system that negates the need or the worry about the way districts are drawn. We can focus on having a democracy that favors proportional representation.

We also need to address issues of inequality and inefficiency in our state that make would-be bribers open to offering bribes, and those who would accept said bribes open to taking them. These are longer-term projects, but if people are offering bribes because either they feel this is the way things work or because they wish to circumvent some obstacle, then there is a problem there that must be addressed. There is also problem if a legislator is offered a bribe and they weigh the risk against the reward and do not decide the former outweighs the latter.

What I think must not happen is to have a knee-jerk reaction and concentrate power in the hands of an single executive. You may consider many of our most recent governors as above reproach, but image of Gov. DiPrete searching for his payoff in that dumpster should disabuse you of that notion. Concentrating decision-making and power in the hands of a single person makes it far easier to influence and sway policy through backdoor methods. Rather, we need to diffuse decision-making and power so that such methods become uneconomical.

Some officials may want this to close this chapter in RI political history. But the truth is that this should not be the closing of a chapter as though it was tidily resolved. It is not resolved. This is should be the beginning of a new chapter in Rhode Island – one that starts with a dramatic event and is well-resolved at chapter’s end.