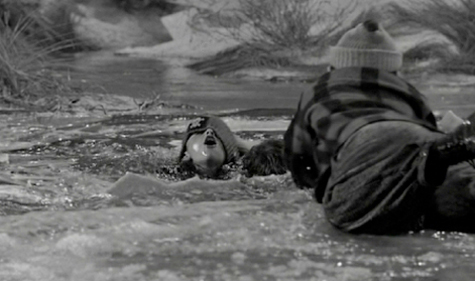 Justin Katz has a post lamenting the rise of sledding bans around the country and how this is more evidence of our nanny-state run amok. The problem is that Katz wants to divorce this from the reality; so while he’s concerned about the metaphysical effects of all this safety, he’s ignored the real effects. And the real effects are simple: when you start to legislate safety, you achieve a result of increased safety.

In this case, we can look at the child mortality rates from 1935-2007, as provided by the Health Resources and Services Administration, and see that since 1935 (when Title V of the Social Security Act was implemented) child mortality has precipitously dropped. Though gains have not been distributed equally by economic or racial category, nor have recent years seen as impressive gains as the period from the 1930s through the 1960s when the welfare state was being built, we can see that there’s a continuing downward trend.

More importantly, unintentional injury, the leading cause of death among children, has been reduced significantly for children aged 5-14; in 1970 it was the cause of nearly half of all children’s deaths. In 2007, it made up just over a third, a pretty impressive drop. So the result of this kind of protection by the state is pretty simple: fewer dead kids.

Frankly, I think a world with fewer dead children and bereaved families is a better world.