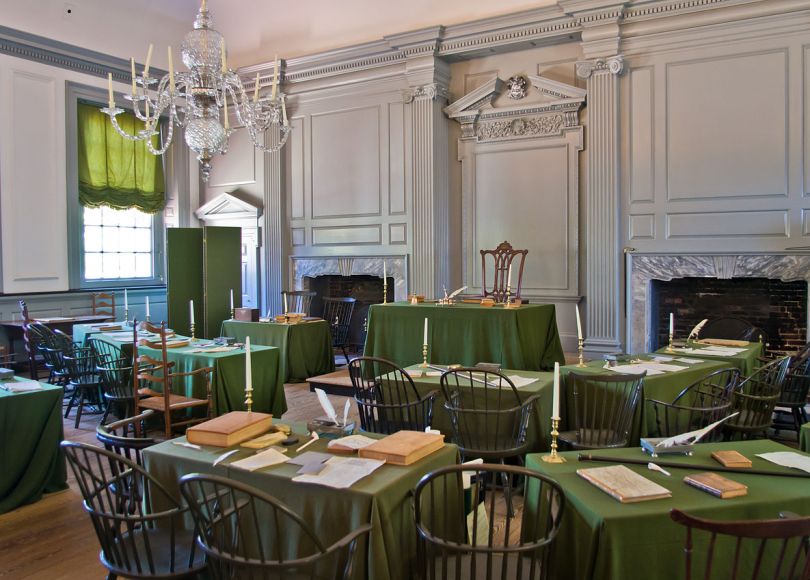 I can hardly think of an event more likely to put off the bulk of potential Rhode Island Constitutional Convention supporters than to have Grover Norquist headline it, along with the loser of the RI Republican gubernatorial primary, and to have the people putting it on be solely the RI Center for Freedom and Prosperity.

It really seems to me the right wing of Rhode Island is desperate to play up the Constitutional Convention as a possible shot at redemption, as though suddenly the 75 House district seats will be in play, because the bench of Republican candidates is (after all) incredibly deep. I think it’s highly likely right-wing ideals will take a shellacking in elections for delegates – and then we’ll have to listen to them complain for the next few decades how if only we had listened to their wonderful ideas, we could’ve ended up like Kansas.

What’s the purpose for the RICFP to hold an event like this? At $35 a ticket, you’ll only be speaking to true believers anyways (where’s the money going? RenewRI? The Center itself?). Norquist is not a convincing advocate in a heavily Democratic state like Rhode Island. Larry Lessig could maybe be a good advocate, though his profile probably only extends to a relatively small number of wonks. Maybe Al Sharpton could be good. Although I chuckle to imagine an RI Center for Freedom and Prosperity luncheon at the Squantum Association headlined by Al Sharpton.

This is what really is sickening me about the vast majority of pro-Convention advocates. The strongest idea they have going for them is the right to an equal education, but when someone talks up the risks of a convention, they go “fearmongering!” And it’s incredibly easy for a white guy like Bob Flanders to try to say that there’s no threat to the rights of minority ethnic groups and women, because his rights are unlikely to be undermined.

There is no effort to win over those who are legitimately in the right to be afraid of what a Convention could hold. There is no effort to speak to nuance. It’s so obviously from a place of privilege. The Hassenfeld Institute holds a panel on the Convention (weighted to the pro-Convention side), and not a single member of the panel is even a woman, much less someone who wasn’t white. It’s mind-boggling to see pro-Convention forces so ridiculously out-of-step with the population at large when they should have the full weight of the democratic process at their backs.

So I guess, considering all that, it’s not that surprising that Norquist and Block are headlining a pro-Convention lunch.