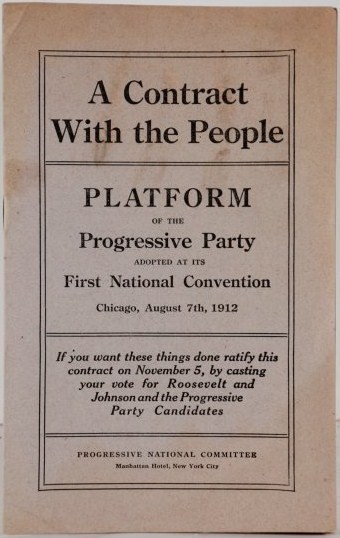 I assume Providence Phoenix editor Phil Eil lobbied for the party platform of the RI Democratic Party as part of his story about what it means to be a Democrat in Rhode Island. Anyhow, he managed to get the party’s executive director, Jon Boucher, to release this copy of a platform. Eil, though, is unsure how recent it is:

The @RIDemParty platform I posted (http://t.co/6zPxRJUx4G) is from 2008, I’m told. Awaiting response RE: why it hasn’t been updated.

It’s still a major coup to have it though. My initial theory on why it hasn’t been made public for years is that a party platform is a statement of values for the party, which means its politicians can be measured against it. But upon reading the platform, it appears that it’s pretty blah, nothing that a good argument couldn’t find a way out of. Well, except the strongly-worded calls to protect both reproductive rights and the environment:

Democrats stand behind the right of every woman to choose, consistent with Roe v. Wade, regardless of ability to pay, and we support a national law to protect that right. A woman’s right to choose is a fundamental liberty. We do solemnly pledge to support and foster contraceptive research, family planning and policies that support healthy child bearing and strong parenting skills. These policies will make abortion less necessary, not more difficult and dangerous.

…The insatiable demand for land and resources has misled many Rhode Islanders into believing that nothing can be done to save our resources and environment. The Party believes that it is the job of government to change this misguided perception by taking a stand and making a commitment to save the precious environment of Rhode Island.

It shouldn’t be ignored that Eil managed to get this platform out there, and that what it contains says a lot about where the Democratic Party was back in 2008, or whenever this was written.